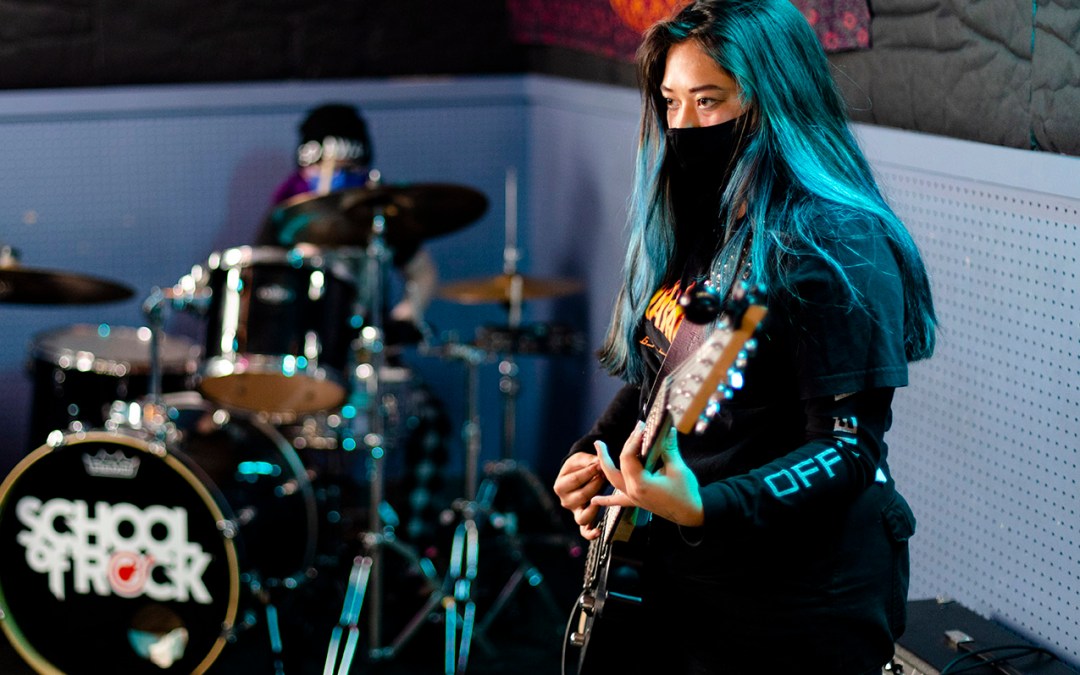 Brady Stiffler to attend the School of Rock in Oviedo, FL

Boca Raton, FL— 5/14/2021 — Brady Stiffler will be attending the School of Rock’s “Music Camp for Teens”. This is Hope Unites’ first facilitation, as an Act of Kindness Movement to facilitate many more in the future.

“Brady has had health issues beginning around the age of 2. After collapsing in a swimming pool one summer day and being airlifted to Orlando, he began experiencing seizures almost on a daily basis. He was eventually diagnosed with Grand Mal epilepsy. By age 3, he was diagnosed with what was then described as a new type of eating disorder pertaining to texture.

Meanwhile, by the age of six, he outgrew the seizures, however, other types of behaviors began to emerge. Brady is a very sweet, kind and a well-behaved child, but he was, unfortunately, not adjusting well in school. By third grade, he was targeted and traumatically bullied by schoolmates. We had to get the police involved. In 4th grade, Brady was diagnosed with “off the charts” ADD,” said Stacy Stiffler, the single mother of Brady and two other children.

Hope Unite selected the Stiffler family out of hundreds of submissions to provide a dream that otherwise would not be possible.

Making A Dream A Reality Hope Unite sent a letter to Rob Price, the president and CEO of the School of Rock, requesting that Brady be accepted into the “Music Camp for Teens” at no cost to his mother.

“Although he was labeled as having a “learning disability,” his state test scores placed him in all advanced classes by 7th grade. He has since been diagnosed on the spectrum of Asperger, a high functioning type of autism. Despite all of his challenges, Brady is a natural and talented musician. He is a self-taught piano/keyboard player. He has worked hard to buy his own music workstation and professional MPK mini midi keyboard,” said Stacy Stiffler.

Hope Unite is a Movement that supports Intentional Acts of Kindness to help families and people in need. Hope Unite provides solution focused attention to the mental health challenges and feelings of disconnection that so many have faced this past year. Our goal is to make the world a better place by facilitating acts of kindness that will reach those who need to know that someone cares.